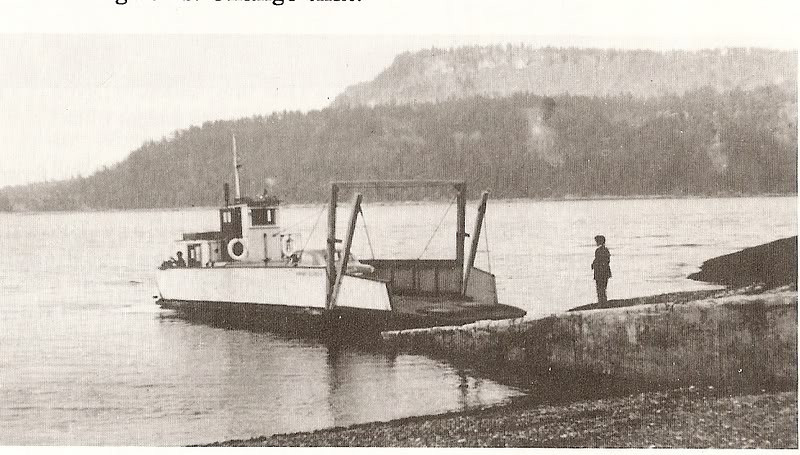 A landing had been built at Gravelly Bay on the east side of Denman in 1942, and with the backing of the Credit Union, Savoie’s initiative, and the help of islanders in donating tons of cement and offering their labour at the Hornby landing, ferry service was initiated. Islanders now had a regular, dependable connection to the outside world, and a way to get their products to market. The ‘Hornby Island V’ carried two cars, which backed on or backed off, and was replaced by another Savoie built craft, the six car ‘Lorraine S’, which served until Savoie’s retirement, and the start of Highways Department service, in 1971.